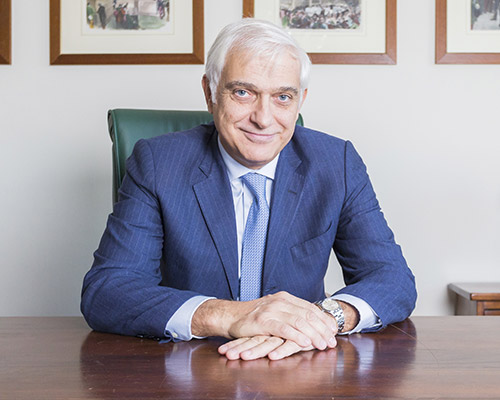 Giorgio Perroni boasts more than twenty years of experience in criminal law in the field of white-collar crimes. He has played a prominent role in important, widely followed trials in Italy, thus he is recognized at the forefront of criminal defence in the country, due to his extensive expertise in defending Italian and international clients.
Among the many trials he has handled are those involving well known Italian politicians, companies of the leading advertising and private television group and of the major Italian fixed and mobile telephone sector, the foremost gaming and betting company, as well one of the leading Italian tyre production groups and the most important national group operating in motorway and airport infrastructures.
He is also a member of Supervisory Committees, in accordance with Legislative Decree 231/2001, of several leading Italian and foreign companies and banks. He has been invited to speak at several conferences, where he deepened his knowledge and provided ideas for interpreting Italian criminal law and the regulatory changes in the sector.
His sensitivity, dedication and passion for the legal profession, combined with a strategic, innovative, dynamic approach, are widely recognized by both colleagues and clients. This has earned him several personal awards from law journals, such as TopLegal and LeFonti.

This website uses cookies to improve your experience. We'll assume you're ok with this, but you can opt-out if you wish.Accept Read More