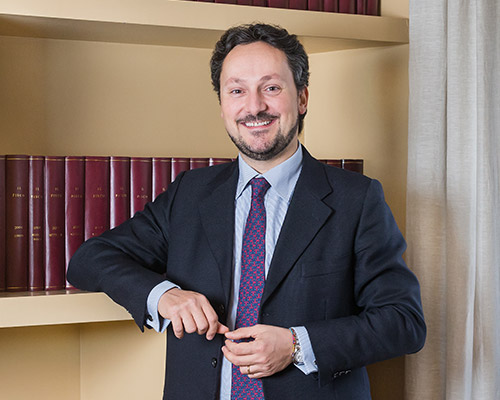 Bruno Andò was born in Messina on 8 March, 1980; he graduated in law (magna cum laude) from the University of Messina in 2003 and became a lawyer in 2006. In 2018 he was admitted to the Directory of lawyers pleading before the Supreme Court of Cassation and other high courts. He was awarded scholarships by “Fondazione Uberto Bonino e Maria Sofia Pulejo” and “Fondazione Giovanni e Francesca Falcone”. He has a PhD in “Business Crime Law” and “European Law in Contracts and Liabilities”. He held teaching positions – also as a subject expert – between 2006 and 2010, at the Scuola di Specializzazione per le Professioni Legali del Dipartimento di Giurisprudenza dell’Università di Messina (Postgraduate Specialty School for Legal Professions at the University of Messina) and at the Department of Political Science of the same university.

He is in charge of teaching Criminal Law at the School of Specialization for Legal Professions of the University of Naples Federico II.

He completed his traineeship at “Studio Legale Vassalli e Associati – Associazione Professionale tra penalisti” (Vassalli & Associates Law Firm - Professional Association of Criminal Lawyers), with offices in Rome and Milan. He then moved to Studio Perroni e Associati, as soon as it was established, and became a partner of the firm in 2018. During these years, Bruno Andò has collaborated in the law firm’s most important trials and he has provided counsel both in and out of court to Italian and international clients. This has allowed him to specialize in several fields of criminal law in the area of white-collar crimes. He has been assisting an important banking group in litigation and extra-judicial matters concerning NPLs for several years.
He has authored several articles on law, criminal litigation law and administrative liability, pursuant to Legislative Decree 231/2001, which have been published in international journals. He has spoken at congresses and conferences, even international ones, on the subject of white-collar criminal law.
He is a member of the Business Crime Committee within the International Bar Association.